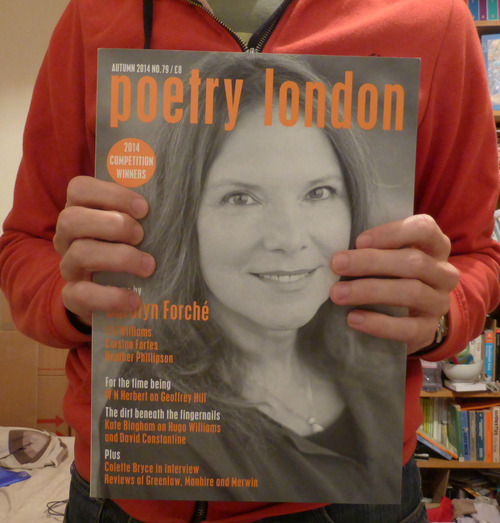 Not exactly quick off the mark with this, are we, Jon?

I won first prize in the Poetry London competition this year, and they published my winning poem, ‘Nightjar’, in the Autumn issue. I also read it at the issue launch, which was held at ZSL London Zoo, near the emus.

On the poem itself: I wrote it for the as-yet-unpublished third volume of Sidekick’s Birdbook series. This was originally projected to be four books published over four years, containing between them a new poem and a new illustration for every British species of bird. My co-editor, Kirsty, and I each permit ourselves a single poem per book. I wrote ‘I’m Naming the Swifts’ for Birdbook 1: Towns, Parks, Gardens and Woodland and ‘Sandy Swallows’ (about sand martins) for Birdbook 2: Freshwater Habitats.

‘Nightjar’ is an exercise in camourflage – I try to work the title into the poem in as many ways as possible without actually outright using it. But it’s really about something being there and not there at the same time, particularly in the context of the mind, of circling a thought or idea that you can’t name or understand. The epigraph is just an explanation of some German slang, “You have a bird”, which means “You’re mad”. If generally having a bird implies madness, what would having a particular species of bird mean? Having a particular species of madness, I suppose. And in the spirit of the thought-fox, I imagined that a thought-nightjar might be something forever moving, sounding, flickering between trees, never letting you quite glimpse it.