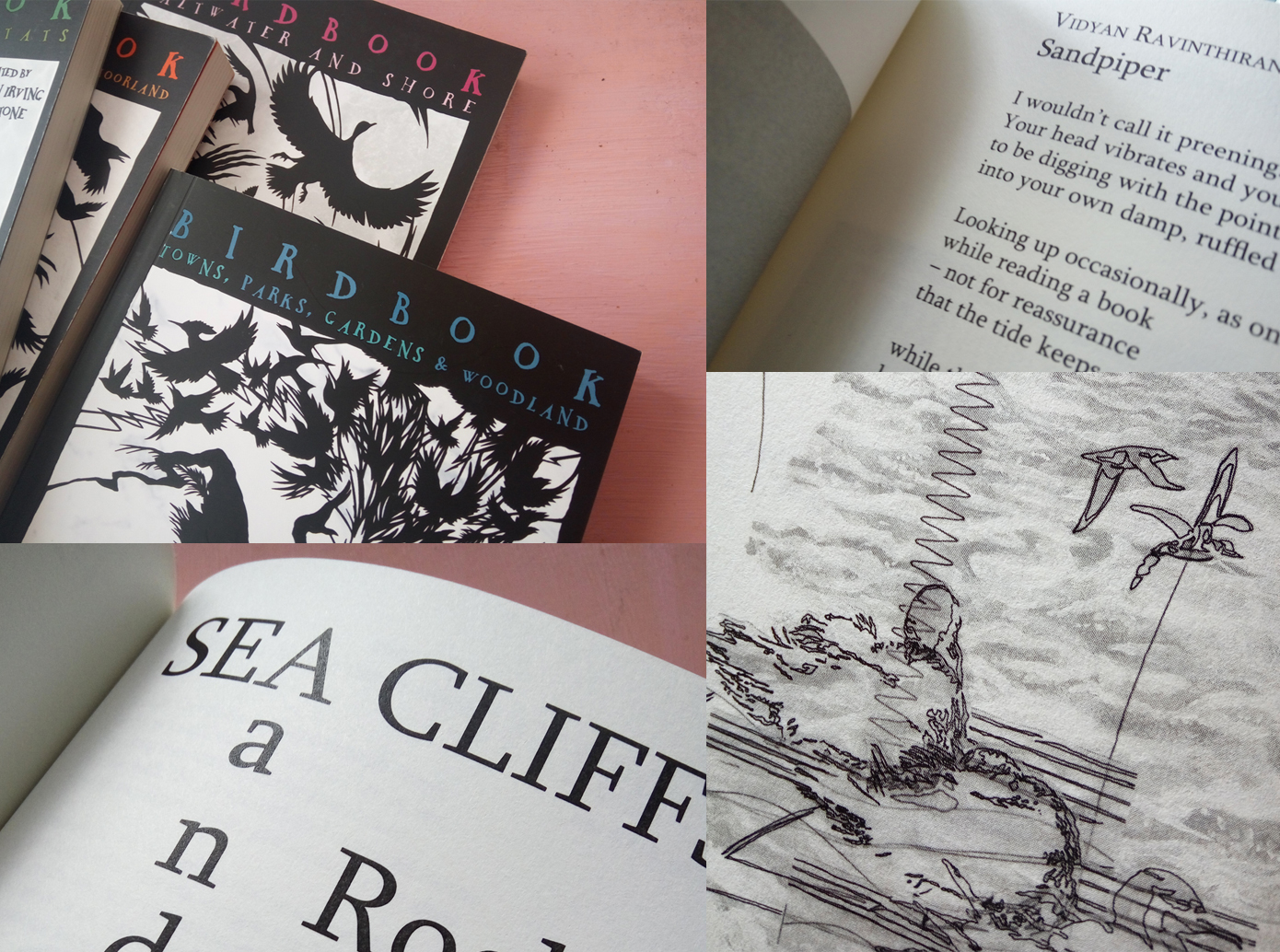 The Birdbook series was put together over six years and was initially self-financed, with Arts Council England funding the second two volumes. Each book is an anthology of newly commissioned poetry and illustration that collects one poem and accompanying image for each distinct species of bird. Organised by geographical region (Towns, Parks, Gardens and Woodland; Freshwater Habitants; Farmland, Heathland, Mountain, Moorland; Saltwater and Shore), the complete set covers every UK species, fluctuations and borderline cases permitting. Kirsten Irving and I served as commissioning editors over the entire run.

This was our first large-scale project at Sidekick Books, and part of a conscious strategy to package up contemporary poetry in a form that appealed to an audience with differing priorities. Two of the volumes sold out of their first run and have since been reprinted. The cover artwork was provided by papercut artist Lois Cordelia, based on rough outlines we suggested. I contributed the overall design and typesetting, as well as a single poem in each book. Nightjar, which I wrote for the third volume, won the Poetry London Prize in 2014.

The project was featured in BBC Wildlife magazine and promoted with a series of live readings. As well as being stocked in bookshops, the books have been sold at conservation centres and wildlife reserves, including the Walthamstow Wetlands Centre, seen below. 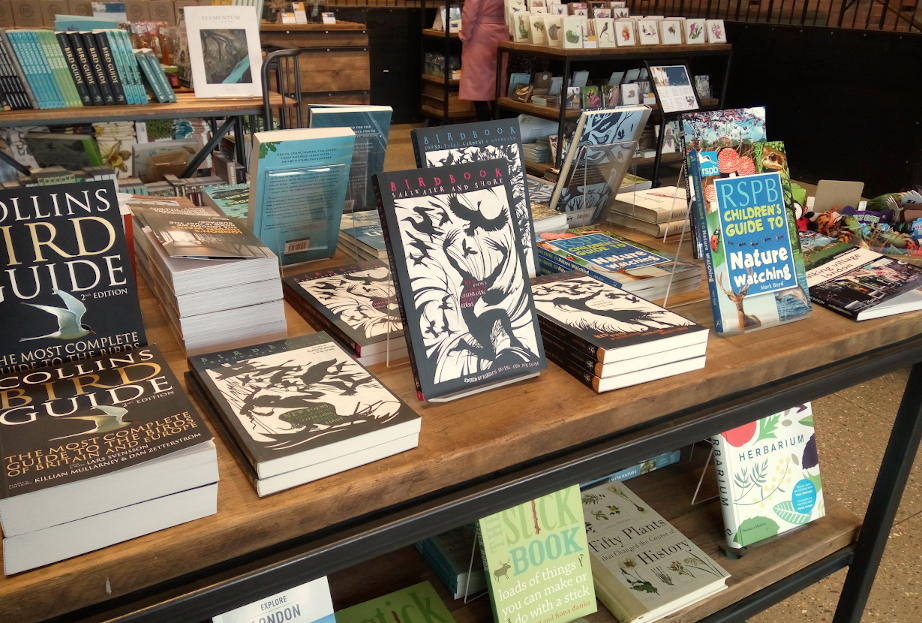 They can be bought individually directly from the Sidekick Books website, where there is also a full list of contributing writers and artists.